So You Think You Have a Problem? 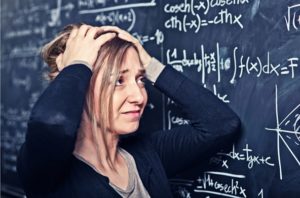 Every organization faces problems. The first step in solving a problem is admitting that you have one. This notion is evident in the principles of Alcoholics Anonymous and similar organizations, and should be self-evident. However, we really don’t like to admit our problems, as it makes us face up to our mistakes and feel like failures. I have often seen managers and executives attempt to ignore or even cover up a problem rather than address it. It is also sometimes the case that managers are not in tune with the status of their organization, and are oblivious to the problems that exist. We would all like to avoid problems and, if we are careful, we often can. Albert Einstein is credited with saying that “a clever person solves a problem; a wise person avoids it.”1

The reality though is that we are all human, we all make mistakes, and even great men and women often fail. Consider Walt Disney, who was fired from a newspaper because “he lacked ideas” and who went bankrupt several times. Also consider Thomas Edison, who tried more than a thousand different ways to make a lightbulb before he got it right.2 Mistakes and failures often result in problems for the organizations in which we, as humans, work. However, as with the examples mentioned above, these mistakes and failures can also propel us to success. Success in both business and life often requires the taking of a certain amount of risk, and with risk comes a chance of failure.

Melvin Muse, the CEO of Muse Communications, Inc., had this to say about mistakes. “Make lots of mistakes. Mistakes are the fuel for fast career development. Learn how to make brilliant recoveries, and then never make the same mistake twice. Do this and your career will move faster toward the top than your more conservative associates.”2

So we begin this conversation by agreeing to accept the fact that we, as humans, will make mistakes, and that in order to turn those mistakes into success, we must first be willing to admit that we have a problem. This is the first step to resolving the problem. The second step in problem resolution is to clearly identify the problem, a step that is often overlooked. As a management consultant, I am often tasked with helping an organization to resolve their problem or problems. What I have often found is that the problem that I have been asked to resolve is not really the cause of their grief.

I do a lot of work with government agencies. In this work I may be tasked with solving a number of problems. “Project completion rates are low” turns out to be problems rooted in unclear processes, inadequate communication between Departments, and a lack of leadership. “Failure to meet an expenditure deadline” turns out to be problems around unclear roles and responsibilities and an unwillingness to delegate. In turn, these challenges at their core may be a cultural problem ingrained in the organization grounded in a dysfunctional relationship between management and labor.

However, this difficulty is not confined to the government sector. It is common for businesses in both the non-profit and for-profit sectors to problem solve and make decisions without much thought given to clearly defining the problem. A number of systems have been developed that include problem definition as a component, so there is recognition within the industry of this concern. For example, the 6-Sigma problem solving process begins with “define the problem”.

However, what I find in practice is that this is a step that is often neglected. Sometimes we even present our quickly determined solution to a problem as the problem itself. One of the reasons that time spent in defining the problem may be neglected is because we have this bias that we think we know more about something than we do. This is often linked to an inadequate understanding of the details, which may turn out to be quite important.3

Donald Arthur “Don” Norman, Director of the Design Lab, University of California, San Diego has this to say about defining a problem. “(T)he rule I have for myself when I consult with clients and the rule I teach my students, is: Do not solve the problem that’s asked of you. It’s almost always the wrong problem. Almost always when somebody comes to you with a problem, they’re really telling you the symptoms and the first and the most difficult part of design is to figure out what is really needed to get to the root of the issue and solve the correct problem.”4

How important is it to define the problem?

The importance of defining a problem can be examined within the twin constructs of urgency and importance. The more important an outcome, the more emphasis needs to be placed on clearly defining the problem (think developing a cure for cancer). Up to a point, as urgency increases, time and effort on defining the problem can decrease (think burning your hands on a hot dish). Where a problem is neither important nor urgent, then it really does not much matter (choosing between a fork and a spoon to eat a piece of pie). Where a problem is both important and urgent (defusing a bomb), a careful balance will need to be achieved between defining and solving the problem.

To again quote Albert Einstein, “If I had an hour to solve a problem I’d spend 55 minutes thinking about the problem and 5 minutes thinking about solutions.”1 Problem statements that are poorly constructed can be very costly to business. They can also lead to the implementation of a solution where no problem exist, or to a failure to resolve the actual problem.

On the other hand, well-constructed problem definitions often partially solve the problem, and most certainly lead to better solutions. Also, “Well-defined problems (often) lead to breakthrough solutions. When developing new products, processes, or even businesses, most companies aren’t sufficiently rigorous in defining the problems they’re attempting to solve and articulating why those issues are important. Without that rigor, organizations miss opportunities, waste resources, and end up pursuing innovation initiatives that aren’t aligned with their strategies.”5

Guidelines for defining a problem

Now that we have established the importance of defining a problem, I would like to provide some basic guidelines for the process of developing a definition. There is no one right way to achieve this goal, and my colleagues and I often vary our process to fit the circumstances. However, it is key to get to the root or core of the problem. If you are unsuccessful in doing that, then the problem is likely to recur, and you will ultimately waste time and resources seeking to resolve the same problem. Here is an outline of some basic guidelines:

I.  Take a closer look at the problem.

A.  Make sure that you have all of the facts.

2.  What emotions and responses are being created by the problem?

3.  What are the consequences for not solving the problem?

4.  Is this is a problem worth solving?

a.  Is it important?

b.  Will solving it be worth the cost?

c.  Is it a problem or a reality that cannot be changed? Problems must be capable of being acted on.

d.  Is this really an opportunity camouflaged as a problem?

B.  Examine the problem from various angles, rephrase it, and/or use other frames of reference. What is the core or cause of the problem?

C.  Think about the problem within a broader context. Is it a part of a bigger problem? Also seek to break the problem into smaller constituent parts. Is it one problem or multiple problems?

A.  Use language that suggest multiple solutions.

B.  Paint a word picture.

C.  Make your statement positive, rather than negative.

D.  Write it down in the form a question.

E.  Attempt to make the problem statement as simple as possible.

III.  Get other perspectives

If you can, seek the viewpoint of others, especially other stakeholders. Verify from them if you have defined the problem correctly. If this is not possible, then attempt to put yourself into their shoes, and see the problem as they might see it.

A.  Question your assumptions. If possible, allow others to help you in challenging them.

B.  Ask yourself “why is this a problem?” Keep drilling down until you are sure that have uncovered the root problem(s).

Gauging a willingness to solve the problem

There are a number of methods for solving problems, which go beyond the scope of this article. Obviously, developing a good solution to a problem is also important. However, the final element of problem solving that I wish to address here is that of getting a commitment from the decision makers to take the identified steps necessary to resolve the problem. As a consultant, this is usually the step that is the most difficult to achieve, as it generally falls outside of our direct control.

It is a mystery to me why executives would put forth substantial amounts of time, effort, and expense to seek clarity on the steps that need to be taken to resolve a problem, would agree to the steps that need to be taken, and would then fail to implement the identified actions. There may be a number of reasons for this, including time pressures, a lack of focus, politics, poor management and leadership skills, and/or an unwillingness to do that which is difficult or unpopular.

Problem solving is an important facet of any organization. The ability to develop good solutions can make the difference in the success or failure of an agency or business. The following three elements of problem solving are often not given the attention that they deserve:

If you are willing to tackle these often neglected actions, then you will be well on your way to making good decisions and to organizational success.